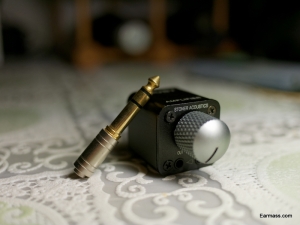 Stoner Acoustic is getting really famous on their UD series of USB DAC, not only their DACs are very small, but they are also very capable in term of sound quality. I have tried from the very first, their Stoner Acoustic UD100, in that time I have seen a lot of our local head-fier praising the cheap (30USD) DAC all over the forum, at that time I am just a beginner and what I was looking for back then is what I call ‘cheap’ and ‘nice’, I was not yet a reviewer back then but truly impressed by how good and how significant will a good DAC change our listen experience. This game doesn’t really stop, you know, I love Hi-fi since I am still a child, since then, I bought a lot of good DAC, including those is not that ‘affordable’ one, however, as time passing by, I still appreciated budget line products, honestly, the more expensive headphone/amp/dac you bought, the smaller price to performance ratio, means you will always spend way more for just a mere improvement. A well design and cheap Hi-fi stuffs will just let you enjoy your music as much as the more expensive Hi-fi stuffs. I did reviewed the UD110 and UD120 too after that, honestly none of them have let me down, I can see improvement in every generation of Stoner Acoustic products, you seriously are not paying for the brand or the packaging, you are paying just for the sound. 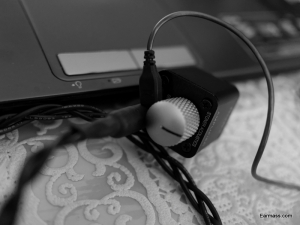 It is really small, tiny and minimalist in size as you can see from the photos. It is super small, much smaller than most of the portable headphone amplifier, it is not much bigger (Sometime smaller) than those portable headphone amplifier that doesn’t has a dedicated volume controller. Ruby is well constructed and quite solid when you holding it in hand. You can feel every step as you turn the volume controller, it is quite a good looking device I can say, Ruby is small but very solid. At the rear, you can see an on/off switch and a micro USB and this is where you charged up Ruby. A white colour at the rear will let you know when you are charging Ruby, but sadly there is no running light, so if you turned it on there is without any indication light, not a deal breaker but it is definitely a good to have. Finishing is not great, but hey, it is a 99USD portable amplifier!

As a portable amplifier, it takes 3.5mm for both input and output. You can connected Ruby through your DAC/phone with a 3.5mm cable, the operation is very simple and I don’t think you have to be an engineer to use it without manual book. Battery life in my opinion is quite good, I don’t really tested the battery life performance but when I am doing the burn in process, the battery life lasted quite long, more than 10 hours, quite good in my opinion. There is one niche though, Ruby’s footage is small but the large volume controller is too big that the headphone out and line in jack is too close to each other, if you are using ‘audiophile’ audio jack then you will be very difficult to connect them nicely.

I paired the Stoner Acoustic Ruby with Stoner Acoustic UD120 and iFi Audio iDAC Micro while PC as my source. I do take out few numbers of my IEM to test but at last I just use the Vsonic GR07 which I like very much, Thinksound On Ear and a Creative Aurvana Live!. I connected the Fiio X3 first generation line out to Ruby too.

Stoner Acoustic’s products often has good benchmark to support their product, I am not saying good measurement means good sound, but a good sounding Hi-Fi product shouldn’t be far from a good measurement, especially amplifier and DAC.

Soundstage is okay, good for the price, I listened to live album by Peng Jia Hui, soundstage isn’t small, it is not closed in either, just don’t expecting miracle. Separation between each instrument and vocal is good but the distance between them isn’t great, so you will get a feeling everything playing quite near each together. However, nothing getting bad regarding the performance of Ruby, to my experience, it is definitely better sounding than 99USD devices, but it not earth breaking. One issue that I found with Ruby is that it sibilant with some of my recordings, such as the Audiophile Voices, So nice by Stacy Kent, I spotted some sibilant which my other amp didn’t. If you are a regular pop listener, at 99USD you can’t found fault with Ruby, but if you are someone that looking for larger soundstage, you should find elsewhere. The sound is clean, but sometimes the background just not that perfectly dark. 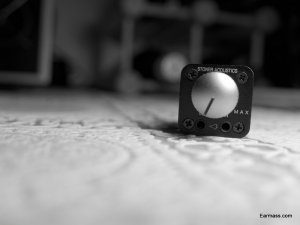 At 99USD Stoner Acoustic Ruby is not bad honestly, it won’t satisfied the demanding audiophiles however, in contrast, their DAC do impressed me a lot more, which in my opinion sounded a lot better than the pricing suggest, like I said, nothing went bad with the Ruby, but it is just not earth shaking, if you are a pop listener or simply just want a portable amplifier that is small and practical in use to use while you are on the go, then Ruby is a good choice for the price, but if you are after something that is in audiophiles’ standard, you obviously have to spend a lot more than 99USD.